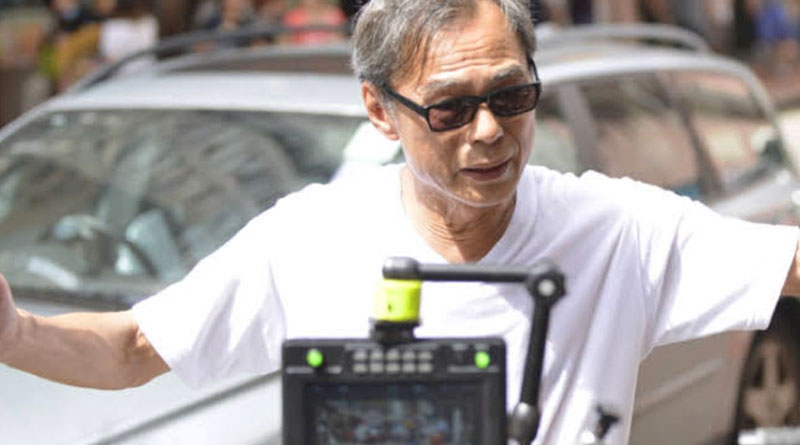 Over the last two days, the Hong Kong film industry and the world cinema in general have unfortunately lost Ringo Lam, the legendary Hong Kong auteur who reportedly died in his sleep at the age of 63. Although his last two movies in Wild City <迷城> (2015) and Sky On Fire <冲天火> (2016) were greeted with less-than-enthusiastic responses, it’s hard to deny that his filmmaking influence has inspired generations of other filmmakers around the world. Here are his five best movies that resonate me the most over the course of his decades-long career as a director.

This is the movie that famously inspired Quentin Tarantino’s acclaimed debut in Reservoir Dogs back in 1992. But most importantly, City On Fire <龍虎風雲> finally unveiled Lam’s true talent as an auteur rather than a mere director-for-hire previously seen in his first five movies from 1983’s Esprit D’amour <陰陽錯> to 1986’s Happy Ghost III <開心鬼撞鬼>.

The movie also famously portrayed Chow Yun-Fat as a noble anti-hero, whose undercover cop role as Ko Chow is torn between guilt, friendship and loyalty. These recurring themes would become a benchmark for (every) Hong Kong undercover cop drama ever since, at least until the arrival of Infernal Affairs <無間道> in 2002 helps revitalise the aforementioned subgenre in a fresh perspective.

Unlike the highly-stylised “heroic bloodshed” subgenre populated by John Woo and Tsui Hark during the 80s, City On Fire <龍虎風雲> is a polar opposite altogether. Lam chose to depict his movie in a more gritty and pessimistic approach while portraying both sides of the law with equal measures. City On Fire <龍虎風雲> went on to receive a whopping 10 Hong Kong Film Awards nominations including Best Film (lost to Mabel Cheung’s An Autumn’s Tale <秋天的童話>), whereas both Lam and Chow Yun-Fat won their respective Best Director and Best Actor awards.

1987 was particularly a defining year for then-32-year-old director Ringo Lam, who has already enjoyed his first taste of success the year before in Ace Go Places IV <最佳拍檔千里救差婆>.  This is where he gave us not one, but two classics that went on to become part of the milestones during the golden era of Hong Kong cinema. One of them is Prison On Fire <監獄風雲>, which was released around nine months after his other seminal classic in City On Fire <龍虎風雲>. It was a landmark Hong Kong prison drama that has since inspired countless other like-minded movies including the likes of Women Prison <女子監獄> (1988), Island Of Fire <火燒島> (1990) and Chinese Midnight Express <黑獄斷腸歌之砌生豬肉> (1997).

Blessed with Ringo Lam’s airtight direction and Nam Yin’s (who also played one of the prisoners) engaging script, the movie successfully showcased the grittiness and dark side of enduring a life inside the prison. Lam doesn’t shy away when comes to police brutality and occasional gang violence among the inmates, as he delivers the same stark realism previously seen in City On Fire <龍虎風雲>.

At the heart of this unforgettable prison drama is Chow Yun-Fat, showcasing his versatile acting range where he could alternate seamlessly between a likeable jokester and a seasoned prisoner who has seen it all. The movie is also best remembered for its strong supporting performances including Tony Leung Ka-Fai as the mild-mannered prisoner and particularly Roy Cheung’s breakthrough performance as the sadistic prison warden.

At the time of its release in 1988, School On Fire <學校風雲> was sadly met with muted responses and barely made money at the Hong Kong box office. The movie was even heavily butchered by the local censorship board during its original theatrical release. Which was a pity, considering I actually enjoyed watching School On Fire <學校風雲> more than his other popular On Fire movies. Ringo Lam and his regular screenwriter Nam Yin may have exaggerated a bit too much with the brutality of both high school and triad violence. And yet, Lam’s no-holds-barred, documentary-style direction remains the major reason why School On Fire <學校風雲> is such an unflinching cinematic experience. The acting is just as memorable, notably on Fennie Yuen’s breakthrough performance as Chu Yuen-Fong and Sarah Lee’s solid support as the doomed Sandy (a role that won her a Hong Kong Film Award for Best Supporting Actress).

Prison On Fire II <監獄風雲II逃犯> marks a return to form for Ringo Lam, who briefly stumbled — at least, creatively speaking — following his two underwhelming efforts in Undeclared War <聖戰風雲> (1990) and Touch And Go <一觸即發> (1991). In this 1991 sequel, it seems that Lam and returning screenwriter Nam Yin tries too hard by amping up everything that made their first movie such a classic. This includes the introduction of Tsui Kam-Kong in a perfectly typecast, though over-the-top antagonist role as the new prison warden. The sequel even went a bit too far with the familiar themes of friendship and bromance, particularly during an awkward waterfall scene between Chow Yun-Fat’s Ah Ching and Chan Chung-Yung’s Lung. Despite the flaws, Prison On Fire II <監獄風雲II逃犯> still benefits from Chow Yun-Fat’s typically engaging performance while Lam’s direction does retain most of his signature trademarks. I have to admit the violent standoff during the climactic finale involving a broken toothbrush still made me queasy even today.

Following his brief stint in Hollywood directing Jean-Claude Van Damme in Maximum Risk (1996), Ringo Lam returns to Hong Kong and made one of his best movies since the glory days of his On Fire era (yes, even his underrated School On Fire <學校風雲>).

Released at the time of post-Hong Kong handover on July 1st, 1997, Lam’s familiar pessimistic viewpoint on both sides of the law marks a farewell of sorts that defined his signature crime genre over the last ten years. It was the kind of gritty cops-and-robbers movie, which served as a stark reminder that creative freedom and the golden age of Hong Kong cinema would become a distant past in the later years. Which is why Full Alert <高度戒備> resonates so well with both critics and audiences during its original theatrical release.

The movie also briefly revitalised Lam’s flagging career, even earning him his third Best Director nomination (after 1987’s City On Fire <龍虎風雲> and Prison On Fire <監獄風雲>) as well as four more Hong Kong Film Awards nomination including Best Film and Best Actor for Lau Ching-Wan (both lost to Fruit Chan’s Made In Hong Kong <香港製造> and Tony Leung Chiu-Wai in Happy Together <春光乍洩> respectively). Full Alert <高度戒備> is blessed with excellent performances all around, notably on Lau Ching-Wan’s engaging performance as the short-tempered Inspector Pao and Francis Ng as the sympathetic criminal Mak Kwan. The action sequences are just as intense and thrilling including the elaborate car chase scene, which is actually shot in a guerilla style.